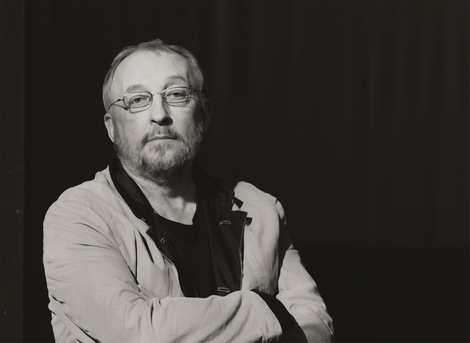 Artistic director of the Moscow New Drama Theatre, born on November 5 in 1950 in Moscow, graduated from the department of stage management of GITIS (RUTI, Russian University of Theatre Arts).

Dolgachev is the Honored Artist of Russia and the author of more than 50 productions in Moscow theatres, one of the most prominent representatives of the older generation of Russian directors. He worked with many Moscow theatres: K. S. Stanislavsky Theatre, N. V. Gogol Theatre, M. N. Yermolova Theatre, Mossovet Theatre and others.

From 1990 to 2000 he was the producing director of The Chekhov Moscow Art Theatre where he staged plays “After the Rehearsal” by I. Bergman, “Fairy Tales of Melpomene” after A. P. Chekhov, “Bobok” after F. M. Dostoyevsky, “Taibele and Her Demon” by I. Bashevis-Singer, “The Possible Encounter” by Paul Bartz, “The Milk Train Doesn’t Stop Here Anymore” by T. Williams, “The Light Shines in the Darkness” by L. Tolstoy and others. (The production of “After the Rehearsal” won the Russian National Award “The Golden Mask” in 1998).

From 2001 he is the artistic director of the Moscow New Drama Theatre. Among his productions are: “Nastasiya Filippovna” after the novel “The Idiot” by F. M. Dostoyevsky, “The Robbers” by F. Schiller, “A Lovely Sunday for Creve Coer” by T. Williams, “One of the Last Carnival Evenings” by C. Goldoni, “The Jockers” and “The Rich Brides” by A. N. Ostrovsky, “Twelve Angry Men” by R. Rose, “The Unbelievable Incidents” after F. M. Dostoyevsky, “The Cranks, or The Fiance from the Green Cape” by Voltaire, “Top Dogs, or The New Adult Games” by U. Widmer, “Taibele and Her Demon” by I. Bashevis Singer, “The White Poodle” by A. Kuprin, “Ages of the Moon” by S. Shepard, “The Reading for Those in Despondency” by M. Kucherskaya, “From the First Person” after M. Y. Lermontov, “The Animal” (“The Beast”) by M. Gindin and V. Sinakevich, “The Miracle of Saint Anthony” by M. Maeterlinck, “Mothers and Daughters” by A. Volodin, “12 Stories of Love” after A. P. Chekhov.

In 2009 the production of “Nastasiya Filippovna” was awarded the Grand Prix of the International Theatre Festival of the plays after F. Dostoyevsky in Staraya Russa.

In 2008 Dolgachev staged “The Seagull” by A. P. Chekhov in Classic Stage Company in New York, USA. The other productions of V. Dolgachev were staged in France, Sweden, Slovakia, Israel, USA and Switzerland.

“… Dolgachev builds his productions with clear awareness and determination, whatever they are – “staged adaptations”, analytic works or mere a piece of play… You can always tell what is right and what is wrong there. But it doesn’t exclude the nonstandard formal moves and the originality of the form; it is not for nothing that he seriously mentions P. Brook and Strehler among his teachers …” – L. Filatova, Moscow Theatre Magazine “The Planet Beauty” (“Planeta Krasota”) No. 1o, 2o1o.