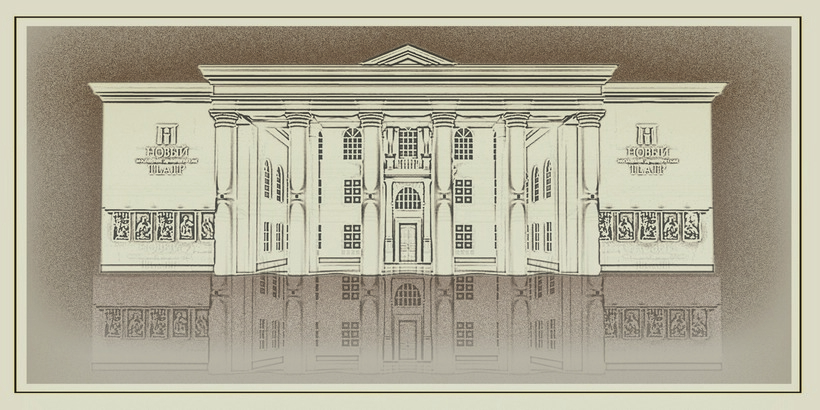 Moscow New Drama Theatre (MNDT) is one of the leading theaters in Russia, known both for its loyalty to the classic traditions of Moscow Art Theatre and its commitment to exploring the cutting edge of contemporary theater. It boasts one of the most diverse repertoires in Russia, which includes plays by Reginald Rose, Samuel Beckett, Sam Shepard, Tennessee Williams, Maurice Maeterlinck, Carlo Goldoni, Jean-Baptiste Moliere, Arthur Miller, Ingmar Bergman, Edward Albee, and Yukio Mishima, as well as all of the most celebrated Russian classics, represented by Anton Chekhov and beyond.

Moscow New Drama Theatre opened its doors to audiences on January 22, 1976. The core of its troupe consisted of that year's graduating class of Moscow Art Theatre, formed under the tutelage of its director, V. Monyukov. That is when the artistic direction of the theater was determined: "the winds of change" in the Soviet politics dictated the path for the development of MNDT. It focused on the contemporary, cutting-edge playwriting that reflected the current life of the country. MNDT was headed by B. Lvov-Anokhin from 1989 to 2000 and was considered to be the most popular creative lab for young voices in Moscow's theater community, presenting plays that were rarely staged or never seen in Russia.

MNDT's current Artistic Director, Viacheslav Dolgachev, has served as the head of the theater since 2001. He came to MNDT from Moscow Art Theatre, where he worked for many years as a lead director under the legendary Artistic Director, Oleg Efremov. Bringing his famous productions from Moscow Art Theatre to MNDT and exploring new ideas, Dolgachev ensures that both the main stage (200 seats) and the "Creative Lab" stage (70 seats) are continuously sold out. He also provides theater access to the young generation with MNDT's popular children's matinees on the weekends.

The MNDT company is one of the youngest in Moscow. It includes mostly actors under 30, as well as some of the most respected mature actors in the city, famous not only for their work on stage but also on silver screen.